Daybreak would come too soon, if the storm didn’t swallow it. “You will go first. Don’t walk on the ledge. Lean in toward the building and ignore those poor excuses for railing,” he said to her. “I’ll be right behind you, and don’t look down. From up here the landing would be unkind.”

She scooted out the window, turned to face him, and stretched her feet to find the foot space inside the ledge. He held her arms as she clung to the windowsill until she said, “I found it.” Her voice wavered, but she didn’t panic.

He guided her to one side, before he twisted out and down, finding the thin space easily.

“There’s nothing to hold on to,” she said. This time her voice shook, and she reached for one of the feeble railings.

“Don’t touch the railing. Lean in toward the building.”

“Yes, you can.” He moved beside her and shifted until his arm encircled her back. They made it to the next window without having to climb a security wall, but this was a large building and he knew what it would take, on his own, to get to the edge of it. She had flattened herself and continued inching along. He tried not to hurry her as they moved across the cold and clammy all-but-vertical roof tiles, on their toes in the slight indent given them. The front of his jeans soon stiffened with damp, and the ground was a long way off. They had to make it to the end of the building. There, he knew a way down to the one-story shops fronting Kennington Lane. No other option existed. Escape was a given.

They hit the first divider. “We have to get over the security wall,” he told her.

“I will push you up.” He balanced himself and pulled off his coat.

He took her chin in hand and stared through the dark at her. “We will do this. There is no other way.”

“Leave me. Leave me and I won’t say anything.”

“I’ll not leave you up here alone. I’ll get you to safety, but you must do as I tell you. All right?”

She did. His plan worked more or less perfectly, and when they made it over the second one her movements became more confident.

They passed the fourth divider before he heard the helicopters. He glanced at the clouds overhead. Where was that snow? Hell, he’d be happy for rain. Beggars couldn’t be choosers and all that. Staring at her short-cropped head of hair in front of him, and knowing they had at least one more wall, he made a decision. “Let me by. We must make that wall before the ’copters arrive.”

She flattened herself as best she could. He stepped around her, holding his breath, not looking toward the ground. Ignoring all the space to his right, he raced to the partition and turned, his hand outstretched to help her.

She stood right where he’d left her, wild-eyed and stiff, as if turned to stone. The ’copters sounded louder, closer. He guessed that in less than a minute, bright searchlights would pin them, like dead moths on a collector’s board. He couldn’t leave her to tell all, and he couldn’t kill her from this distance. He’d counted on her confusion, her trepidation at the height and slant of the roof. The instant he started toward her, she twisted away, trying to head back the way they’d come. Perhaps because of the policemen below, her fear of him seemed greater than her fear of her precarious position. Damn her fear, or was it bravery? He knew what would happen, and it did. In her haste, she teetered off balance, and grabbed for the flimsy pipe rail. It gave instantly, bending under her slight weight, and over she went.

Synopsis for The Seventh Man:

When a young writer is kidnapped by a man who can’t be seen, her only hope of escape rests on the one London cop who believes in ghosts.

On a cold, white, before-Christmas day, an assassin completes a job only to be pursued by police. Dodging through crowded city streets, the assassin nabs a young woman for cover.

Celia Wight, a reclusive American writer is shopping between engagements during a book tour. When a knife is pressed against her back, she loses her tenuous grasp on her carefully controlled existence.

Assigned to the homicide case, Detective Alban Thain, of the Metropolitan Police, suspects an assassin he calls the Wraith. The problem is, only Thain believes the assassin exists. Disregarding the consequences, Thain, who is the only one who believes there is a connection between the murder and the kidnapping, will do whatever it takes to exploit the Wraith’s first and only mistake: the kidnapping of an innocent bystander—if she is innocent. 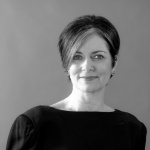 I am a writer, mother, wife, sister, and daughter. I’ve been a server, dental assistant, teacher, journalist, and gardener. I love to travel and speak French. I’m from north Florida, but now abide in Georgia. I write full time and have completed six novels. Writing is life, life is writing…

Where books can be purchased:

Where to find me: