ILBP: So let’s start easy. What’s your name? What do you do?

FL: Freya. Freya Leot. I work for the Greater Aridae Border Patrol, South Gynrad Division. I mostly act as a liaison between the border office and the magistrates that write travel papers for people to cross the borders.

ILBP: Forgive me for saying, but you don’t really resemble a Gynrad native. You look more–

FL: Nhari? I am, actually. Or, well…I AM from Gynrad, but as you get close to the Nhair border, there are more settlements of Nhari. Mostly descendants of refugees from the Schism. A few immigrants, but with border visas as difficult to get as they are…anyway, I grew up near the western Gynrad border. Skin like mine, dark like this? Pretty common in that part of the world.

ILBP: I see. So what brought you to Border Patrol? Pretty dangerous job, making sure no one sneaks through.

FL: laughing. Sneak through the borders? Hardly. There’s only one way to cross, and that’s at a Gate. If you tried to cross anywhere else, nothing would happen, you’ll just find yourself right back where you started. That’s the problem with interdimensional borders. As to what brought me here, I just wanted away from the quiet.

FL: Yea. In towns like mine, it’s like people will do anything to preserve the peace. People want things calm, pleasant, happy. They’ll ignore anything, as long as everything stays quiet, peaceful.

ILBP: So where do you call home now?

FL: Wadel. It’s this town by the border, small. Quiet. laughs. I never thought of it before, but it’s ironic, isn’t it? Running from one quiet town, only to end up in another. It’s a good quiet in Wadel, though. Different than home.

FL: In Wadel, the quiet is just because life goes on pretty smoothly. People are just living their lives, you know. Home…it’s like the quiet was thick. It was loud quiet, like it had to drown out all the secrets.

ILBP: Secrets? What kind of secrets?

FL: I mean, secrets like everyone has, I suppose. Listen, this has been great, but I have to be back at post in ten minutes. Agent Beckett will give me extra forest patrol if I’m late again, and the way the border’s been leaking Phantasms, I’d just as soon not. 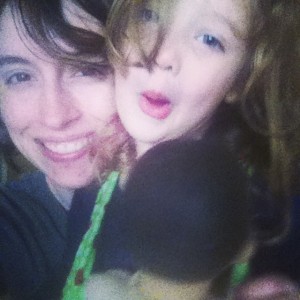 Author Bio: Rhyannon Yates began writing at the age of five with a charming story about a misunderstood girl and her pet hippo. She grew out of her pachyderm-peddling ways, and spends her time now trying to crank out the next great American fantasy novel while binge-watching Netflix.

Rhyannon lives in Florida with her husband, her cat, and her two offspring.

Two thousand years after the Schism, the borders are beginning to weaken. Wraiths are turning to dust in the streets, people are dropping dead, the chests torn open and inner organs burned away, and all Levi Keats wants to do is deliver a disciplinary summons and go home to the safety of his University office. A simple administrative duty turns perilous with the addition of a suspected murderer, a rogue border patrol agent, and the increasing possibility that prophesies of the Great Cataclysm are slightly less fictitious than previously assumed.

Rafflecopter Giveaway:
Thanks to our wonderful parade authors we’ve got fantastic swag baskets for three awesome winners! Prizes include ebooks, gift cards and fun! Remember, winning is as easy as visiting the ILBP blogs and clicking the Rafflecopter link–easy to enter; easy to win!